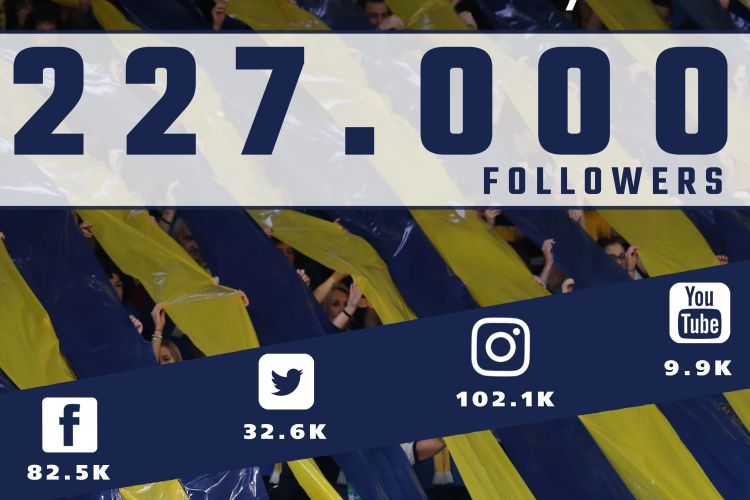 The 2018/19 season that has just ended has increased the curiosity for the official yellow-blue accounts on the Social Networks. In the period between September 2018 and April 2019, the followers increased by 37,000 units and led Trentino Volley to touch 227,000 overall fans, adding up all the platforms on which it is present (Facebook, Twitter, YouTube and Instagram). The most significant growth has been found on Instagram and YouTube accounts; in the last eight months, followers have increased from 71,500 to 102,500 (+ 42%!). This is also thanks to more frequent publications of exclusive posts and videos, dedicated to everything concerning the activity of the team, while the users registered in Trentino Volley TV (the yellow-blue YouTube channel) went from 6,201 to 9,383. The Facebook profile has reached 82,500 fans (+2,300 compared to September 2018), while the twitter account has added another 1,000 followers and reaching 32,600 fans. Finally, it should be emphasized that Trentino Volley TV reached 3,644,183 video views, the highest number ever among the clubs in the entire Italian volleyball world (around 800,000 in the last season). In addition to these data are added those of the website: in the 2018/19 season, over two million pages were clicked on www.trentinovolley.it, with 668,000 different users. For easy and immediate consultation of Trentino Volley's social networks, direct links are always available to fans, easy to remember:
•    www.trentinovolley.it/facebook
•    www.trentinovolley.it/twitter
•    www.trentinovolley.it/instagram
•    www.trentinovolley.it/trentinovolleytv