Another season with Trentino Volley for Lorenzo Codarin: his contract has been renewed 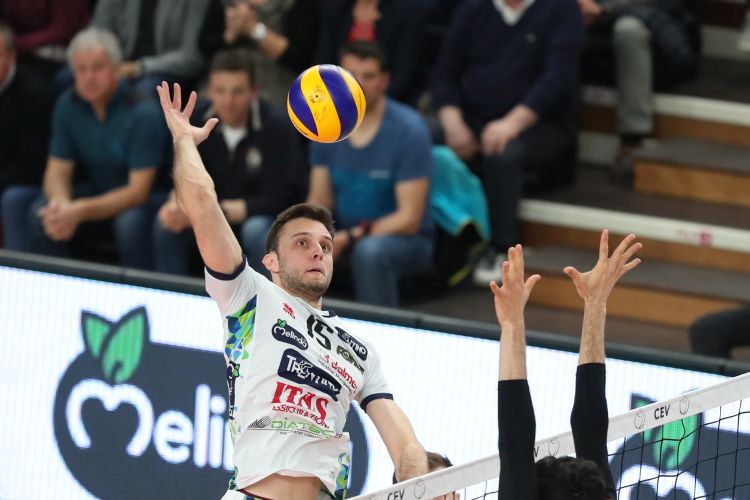 The last week of the 2019 Volley Market begins with another confirmation for Trentino Volley. During the last few hours the contract of Lorenzo Codarin has been renewed and he will play with Itas Trentino at least until 2020.
The middle blocker, who started playing in the Trento Youth Team in 2011 when he was fourteen years old, has been confirmed for another season. He has always been a very good player, always ready to help his teammates, and he has showed his ability playing as a protagonist during the last return matches of regular season and the final phase of 2019 CEV Cup.
“What still missed to complete the 2019/2020 roster was the confirmation of Codarin – the President Diego Mosna explained – . I am so happy, because he is a young player who has been growing up with us and has always been able to show his ability, not only during the training but also during the matches. I hope he could help us also during this season”.
“My dream continues – Lorenzo Codarin explains – ; playing with Trentino Volley is something special to me and it is the best. I have grown up in the Youth Team of this Club and so I know well the importance of playing with the first team. One of the best thing I could have ever had is the possibility of playing another season with Lorenzetti and the roster; I am very lucky, also because during the last season I had the opportunity of playing on the court much more than I thought”.