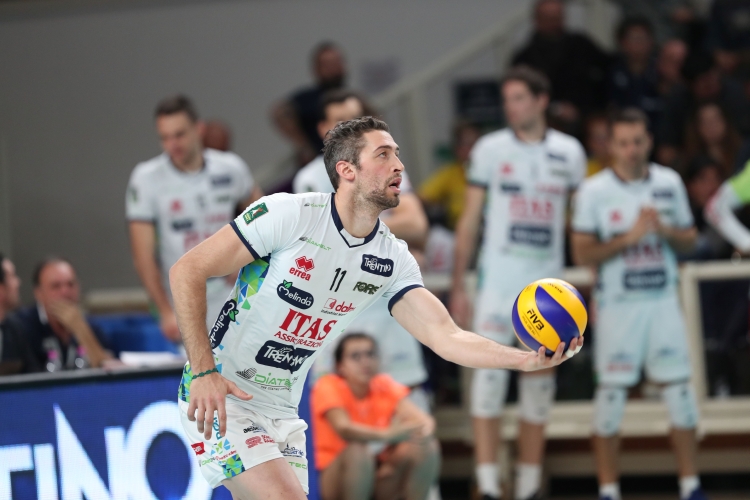 The calendar for the 75th championship of Serie A1 SuperLega Credem Banca (2019/20 season) was officialized this morning in Salsomaggiore Terme. Itas Trentino will start its race away on Sunday 20th October in Ravenna; while the first appointment at the BLM Group Arena is scheduled for 27th October against Vero Volley Monza; for the first big match we will have to wait until the 10th November, when Verona will arrive in Trento to play the “derby dell’Adige”. All the other matches are concentrated in the second half of the calendar, with the internal competition against Perugia that will close the first round. The some resting time is scheduled for the eleventh day (8th December and 15th March).
The dates: the regular season will cover just a bit more than five months, from 20th October to 29th March (day of the last appointment). Six during-the-week rounds: three in November (13th, 20th and 27th), on 16th January, on 5th February and on 26th December.
After 26th December, the championship will stop until 16th January (sixteenth round) to leave room for the OG qualification. Supercoppa Italiana 2019 will be played in Civitanova Marche between Thursday, 31st October and Friday, 1st  November, it is the fourth edition adopting the Final Four formula. Itas Trentino will face Sir Safety Conad Perugia in the semifinal. The 2020’s edition of Coppa Italia will use the format of the last season, involving only the first eight team in the rankings of the going round. The quarter finals will be played in only one match on the home court of the first ranked on Wednesday 22th January and Thursday 23th January 2020, after having outlined the placements in the rankings at the end of the thirteenth round of regular season. The Final Four will take place a month later, between Saturday 22th and Sunday 23th February. At the end of regular season, the first eight raked will have access to Play Off Scudetto, facing each other in the quarter finals (best three out of five matches). Semifinals and Finals include playing five matches, out of these the first two will be home matches for the best ranked. They will start on Wednesday 1st April with match 1 of the quarter finals and end on Tuesday 12th May (possible date for match 5).
Listed below is the detailed schedule of Itas Trentino’s regular season, for the twentieth consecutive time in A Serie, taking part in its sixth Superlega. In brackets the date of the going and of the returning matches.

The complete schedule with all the matches of the championship is available on the website www.legavolley.it