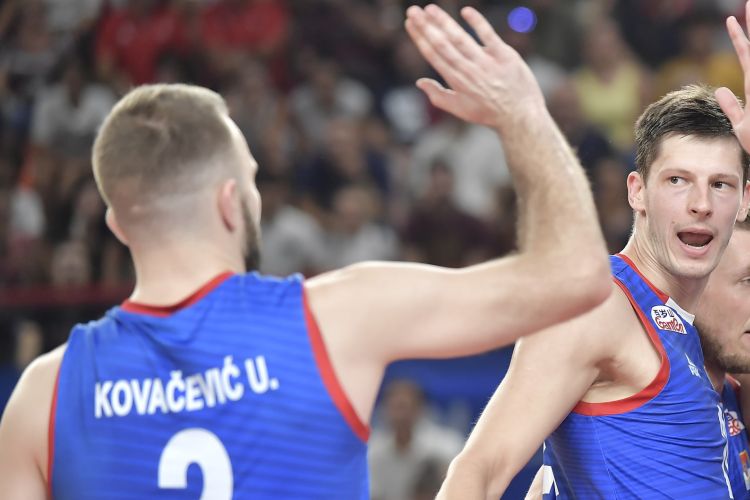 It’s official: on the 12th of September will start the European Men’s Volleyball Championship 2019. This edition will take place in four different countries: France, Belgium, Nederland and Slovenia. For seventeen days (the last match will be played in Paris on the 29th September), twenty-four Nations and 336 athletes will fight for the continental Title held by Russians. Six of these are Trentino Volley players: Simone Giannelli and Davide Candellaro for Italy; Uros Kovacevic and Srecko Lisinac for Serbia; Klemen Cebulj for Slovenia and Jenia Grebennikov for France. Considering that five of these athletes already joined the European Championship, only Candellaro is going to make his debut at the maximum continental tournament for Nationals. The only ones who won the Title are Kovacevic (2011, Austria) and Grebennikov (2015, Sofia). During the first phase, the Italians will play in Montpellier in the Pool A - which include Portugal (first fight on Thursday at 17.15), Bulgary, Rumania, Greece and France. On the contrary, Kovacevic and Lisinac will take part at the Pool B in Belgium (played between Bruxelles and Anversa) with Spain, Slovakia, Austria and Germany (September 13 at 15 o’clock).
Slovenia was drew to play in the Pool C with Russia, Finland, Turkey, Macedon and Belarus (with the last one the match will be played on September 12, at 20:30). At the final board that will start with the round of sixteen and still will take place in the four countries, the first four classified of each round will be qualified. The semi-finals will be played between Slovenia and France, whereas the two Finals in Paris on Saturday 28th and Sunday 29th of September.
All the Italian matches will be broadcasted live in RAI and DAZN, but the two transmission will show every day the most interesting matches and the three days of the Final Four