Itas Trentino’s success in Milan, it is time for the Final Four of Coppa Italia 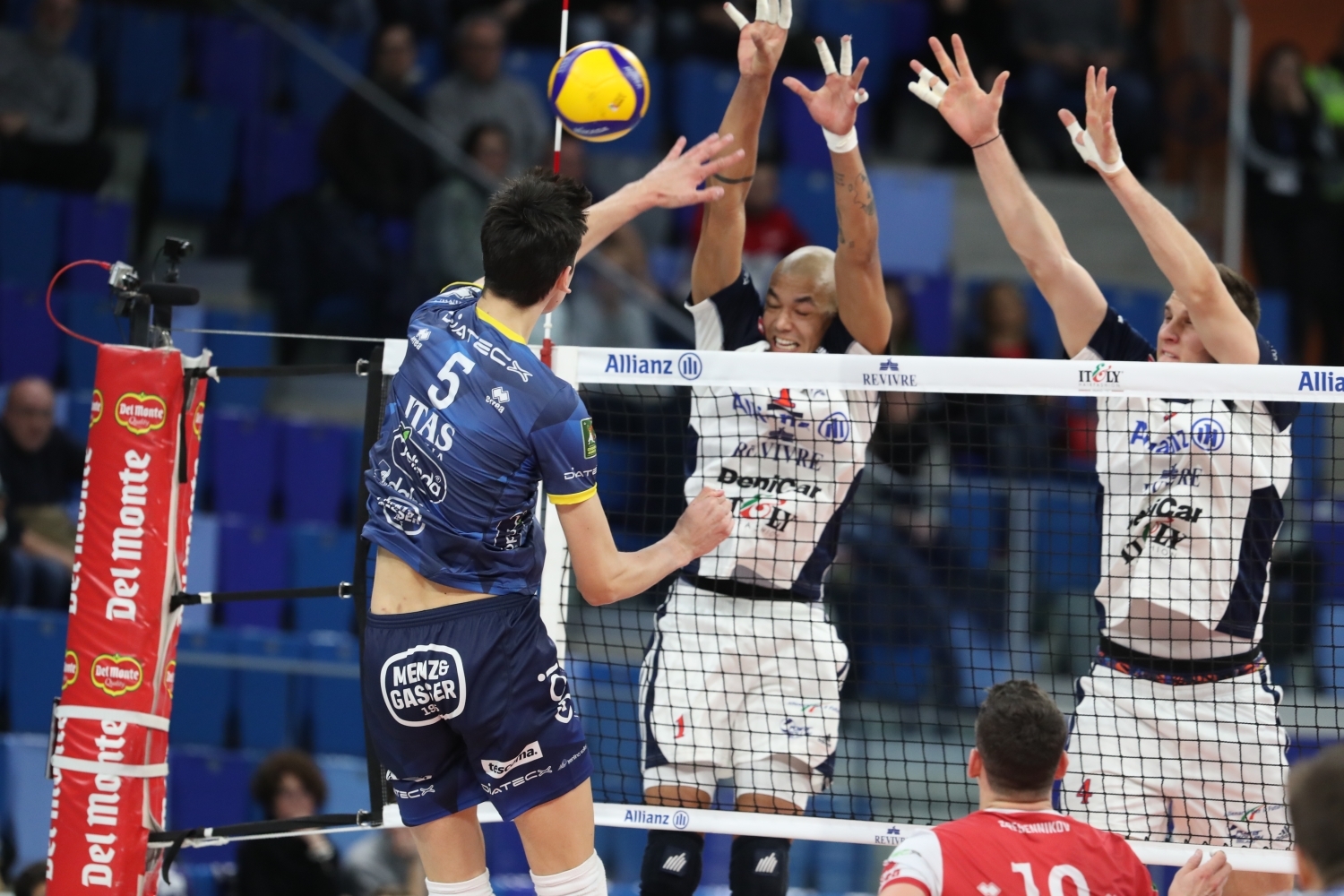 Itas Trentino is going to be one of the protagonists of Final Four of Coppa Italia for the eleventh season in a row. It is now certain that it will be present on 22nd and 23rd February at the UnipolArena of Bologna, since they have won in three sets on Milan’s court, in the only match of the quarter finals. On that occasion the winner will receive the prize of the 42nd edition of this national trophy.
Itas Trentino has achieved another great result, even if not on home court; like two months before, PalaLido has been conquered by Giannelli and his teammates, able to fight and keep up with a fit opponent like Allianz Milano, and to prove their value even if with a different starting six. Without the two outside hitters, Russell and Kovacevic (both with some shoulder pain), Itas Trentino had to reinvent its starting six, replacing the the two outside hitters with Sosa Sierra, alternated with Uros, before Lorenzetti decided to insist on the young Alessandro Michieletto, who has made a great performance by attacking and receiving in the last set. In the previous sets Trento has shown some unbreakable blocks (12 blocks, 4 of the only Candellaro) and an unstoppable Cebulj (20 points, three blocks and 70% attack efficiency). These two factors together contained Abdel-Aziz and made the best out of every chance of break point, granted by Grebennikov (mvp of the match). Apart from the individual performances, the whole team has sought the victory, led by Giannelli.

Here is the chart of the quarter-finals of Del Monte® Coppa Italia 2020 played tonight at PalaLido in Milan.