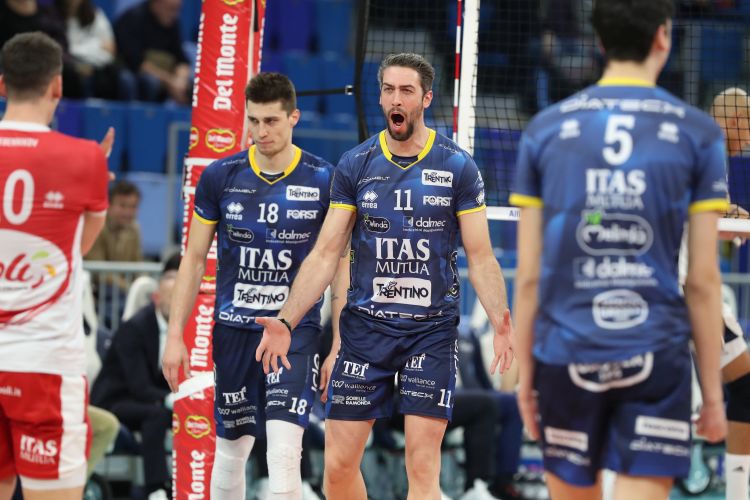 The qualification obtained on Thursday evening in Milan in the Allianz home quarter-final match allowed Trentino Volley to detach the pass for its thirteenth ever Final Four in the Italian Cup, the eleventh consecutive.
From the 2009/10 season up to the current one the club has never missed the most eagerly awaited and spectacular Italian volleyball event, which in just one weekend brings the four best SuperLega teams to one of the largest Italian facilities. The goal, already a historic one in itself, is even more important if you take into account that the club in Via Trener was the only one to always detach the pass for the Final Four in the last eleven editions. This is further confirmation of how much Trentino Volley has written the recent history of the event, won twice in the last nine editions.