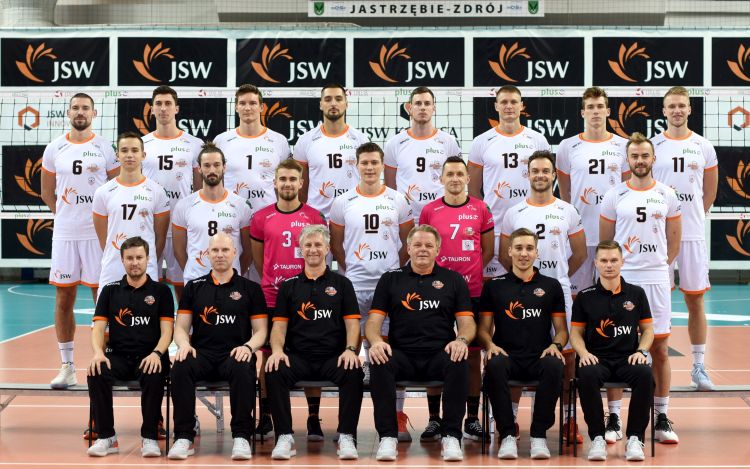 JASTRZEBSKI WEGIEL (Poland)
(city of about one hundred thousand inhabitants, belonging to the Silesian Voivodeship in southern Poland)

This team is one of the most popular clubs in the Plus Liga thanks to their great results obtained in the recent past, especially at international level; the current one is their eighth participation in the top continental championship, to which they qualified last season thanks to their third place clinched in the domestic championship. They are currently in fourth place in the regular season of the national championship, with forty-two points gained in twenty games, that is fifteen victories. They had reached the Final Four in this competition on two occasions: 2010/11 season, ranking fourth in Bolzano, and 2013/14 season in which they were awarded the bronze medal in Ankara, their best result ever. At European level they also clinched second place in the 2009 Challenge Cup, where they lost at the tie break against the Turkish team of Izmir in the final, while in the international field they also won the silver medal at the 2011 Club's World Championship, defeated in the final in Doha by Trentino Volley. In their trophy records they also boast a Polish Cup (won in 2014) and, further back, the Polish Championship won in the 2003/04 season. Just in that season the club was bought by the company that manages the coal mines in southern Poland, starting to have great economic resources.
Since December 2019 the coach of Serbia Slobodan Kovac (ex Perugia) has been their coach. He has a very versatile team, in which the top player are the setter of the German national team Kampa (ex Piacenza and Modena), the compatriot Fromm (spiker, also ex Perugia and Monza), the French Lyneel (ex Ravenna), the middle-blockers Gladyr (ex Siena) and Vigrass (Canadian national team) and the opposite hitter of Poland Konarski.
He has very important precedents with Trentino Volley, both favourable to the Gialloblù team: 3-0 victory on March 26, 2011 in Bolzano (Champions League semifinal) and 3-1 victory on October 14, 2011 in Doha (World Cup final).