20 years of Trentino Volley: the most significant numbers in the Club's history 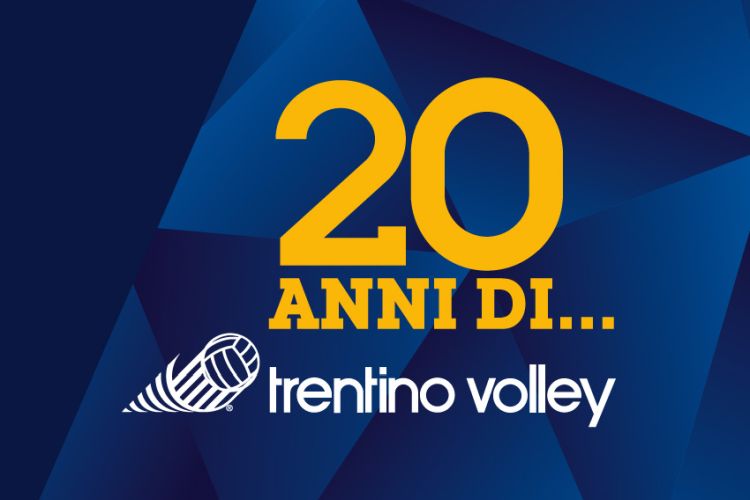 Trentino Volley is preparing to celebrate twenty years of activity. Founded on 23rd May 2000 by President Diego Mosna, the Club gialloblù during the last two decades has been able to become an international team. Below are the most interesting and curious statistics that explain part of the company's history.

2 players who have grown up in the youth sector and who have played as captain in the first team: Filippo Lanza and Simone Giannelli

15 minutes of duration of the first set of Teleunit Gioia del Colle-Itas Diatec Trentino (14-25), the shortest played on December 12, 2004.

17 years the youngest player: Simone Giannelli in the 2013/14 season

21 nations different from Italy where the players who have worn the Trentino Volleyball jersey come from: Bulgaria is the one that has "provided" the most (10)

39 years of the oldest player: Davide Sanguanini in the 2002/03 season

54 minutes of duration of the fourth set of Vero Volley Monza-Itas Trentino (36-38), the longest in history gialloblù played on 23 December 2018

59 minutes of duration of Aran Cucine Abruzzo Pineto-Itas Diatec Trentino 0-3, the shortest race in history of gialloblù (played on March 14, 2010)

63 foreign players wearing the Trentino Volley jersey. Kaziyski the one who has done it the most (334)

74 official matches played against Modena, the opponent challenged the most times. Balance of the game: 42 victories and 32 defeats

165 minutes of duration of Vero Volley Monza-Itas Trentino 2-3, the longest race in the history of the gialloblù (played on December 23, 2018)

183 matches played consecutively by Andrea Bari with the Trentino Volley jersey, without skipping even one. Record built between seasons 2006/07 and 2010/11

345 official matches played with Trentino Volley by Birarelli and Colaci, the recordman of gialloblù presences

388 official matches played at PalaTrento (now BLM Group Arena): the first one was played on 22 October 2000. Balance of the match: 307 victories, 81 defeats

4,945 points scored in 334 games by Kaziyski, the best scorer in the history of Trentino Volleyball