Rossini: "In Trento I want to play until the last day" 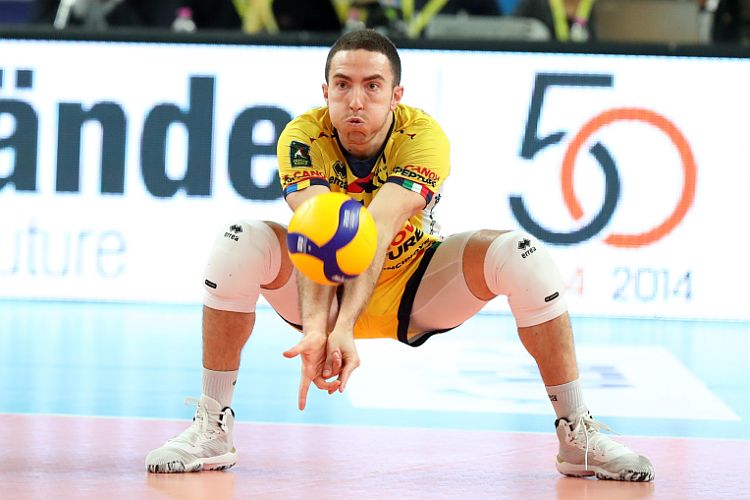 Welcome to Trento, Salvatore! After seeing you around here often as an opponent, now you can be appreciated with the gialloblù jersey; what does it do to you?
"It's something special, maybe even strange, but still nice and pleasant because it's true that I played many finals against Trentino Volley but I've always admired the prestige of this Club. Now I'm on this side of the net and I hope first of all to play other Finals and raise many trophies, as often happened to this reality".
PalaTrento, by the way, was in your destiny; in this facility you played your first match of your career in Serie A1, on 25 September 2011, when you wore the Monza jersey...
"I have a beautiful memory of that moment. During the summer before that match I had hoped to avoid Itas Trentino on the first day because for me it would have been a baptism of fire in the top national championship. The draw went exactly the opposite way and I immediately had strong beaters like Kaziyski and Juantorena. I remember clearly the first reception: I was receiving and Osmany was at the service line (“at bat” si usa ma per il cricket), I managed to pass the ball to the setter just because it touched the tape on the net and made my bagher easier".
Meet Angelo Lorenzetti, an important coach for you and your career...
"I am very happy to embrace him again, because I have a very good memory of Angelo. Seeing him again for me was a strong emotion and at the same time an important stimulus to start working with him again".
What are your goals for the next two seasons in Trento?
"The main ones are obviously team related and not personal. Trentino Volley has always been a protagonist in these years and must continue to be so. We want to take a step forward compared to previous seasons, so we're going to play Finals as I explained earlier. It's important to be able to live the competition until the last day; we want to have our say until the end".
Your personal message to the Trentino Volleyball fans?
"A greeting and a warm hug, I'm very much looking forward to meeting them soon. I've always felt their warmth, even as an opponent, because the Gislimberti Curva has always been able to make itself felt behind the pitch. It's nice to be supported by an audience like that".