Da Re to Radio Dolomiti: ''TRENTINONELCUORE card has a double value'' 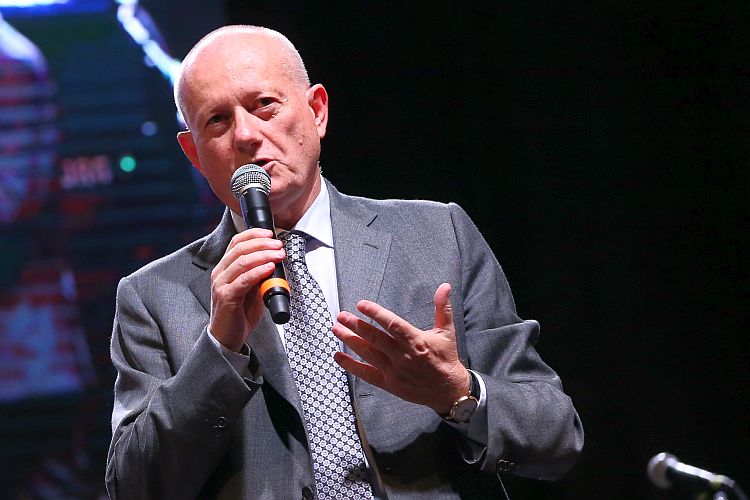 Today's morning the General Manager of Trentino Volley, Bruno Da Re, was a guest in the studios of Radio Dolomiti, historic media partner of the Club, for an interesting interview broadcast live, where the manager took stock of the situation of the Club.
''After so much waiting we finally have the first dates of the 2020/21 season - he explained - on the 13th and on the 20th of September we will return to play an official match, facing the double semi-final commitment in the Supercup against Civitanova. It will be exciting  and in some ways also moving, because it hasn't happened since the 8th of March; winning would mean a lot, because then there will be the final on September 25th at the Arena di Verona. A very important moment for all volleyball. It is difficult, if not impossible to think that the arenas can be completely reopened to the public for these dates; what we hope is that we can at least guarantee a organized and delimited presence of people, because playing at empty doors would be sad'".
''To date, the idea of starting a season ticket campaign is really difficult, because there is no certainty as to how many fans will actually enter in the BLM Group Arena - continued Da Re - . Trentino Volley then chose to launch a different initiative, promoting the TRENTINONELCUORE card that has two great values: one economic and one sentimental, the affinity with the Club. At those who decide to buy it at 70 euros each will be guaranteed important advantages; so I invite all fans to subscribe, because it would be a great gesture towards Trentino Volley. We have already sold about 500; at quota 1000 was our intention to stop the sale.''
''Our roster for the 200/21 season is complete and we believe we have formed a great team - concluded the General Mnager - . We must not hide our ambitions of final success; it would be unfair to the Club but also to our sponsors who are giving us a big hand. It's hard to predict who will win the championship, but our team was made to win. Lucarelli? The difficulties to bring him to Italy have been and still are many, but we managed to get him a visa, with effective date from August 1. The next day, therefore, will leave for Europe; in this way we will soon be able to have him with us.''