Da Re on “RTTR Volley”: “The goal is to complete the SuperLega championship” 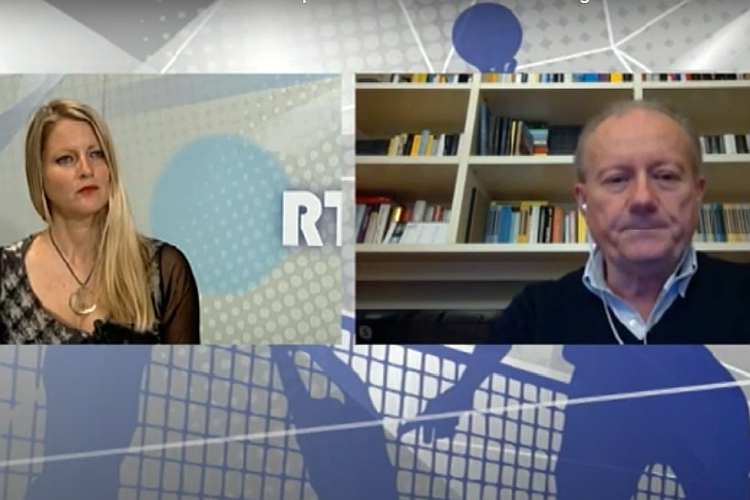 “We had planned an evening training, hoping that the swabs done on Sunday resulted negative; so it was and we are happy to get back the activity at the gym with the players who haven’t contracted the Coronavirus – explained the General Manager of Trentino Volley Bruno Da Re on Monday evening, attending the weekly episode of “RTTR Volley” - . In the first months of the new season, the club staff and the players were great at respecting the rules to avoid the infection, but then the trip to Switzerland for the Champions League two weeks ago brought us too much into close contact with Covid-19, which had infected Dinamo Moscow. Returning to Italy, we have continued to do swabs, even six in ten days, hoping to have finally overcome this difficult period with the negative results of Sunday evening”.
“The situation we are living is rather bizarre because we are no longer overseeing and talking about games, technique and tactics, but only about programming swabs and proving negativity or positivity – continued the gialloblù General Manager - . It’s a period of emergency, which currently goes far beyond influencing the rankings of the first round to draw the pairings for the quarterfinals of the Italian Cup. All this becomes less important; our goal must be to finish the championship in good health. Talking about our performances in this first part of SuperLega, in the light of the period we’re living, is not simple. The Coronavirus has affected a lot the recovery of Podrascanin, Lisinac and Lucarelli, and infected Michieletto. He indeed is only nineteen, but it’s also true that the Company had placed a lot of trust in Alessandro, reserving him an important space in the team. He should have been the second/third striker, considering the difficulties that Lucarelli could accuse at the start of his Italian experience, but we lost him from September 20 until a few days ago. Without Kooy and Sosa Sierra, on Sunday against Milano, Michieletto must necessarily be in the match, but we will have to pay close attention to his conditions also during the match”.