SuperLega, Padova fights but gives up to Itas Trentino 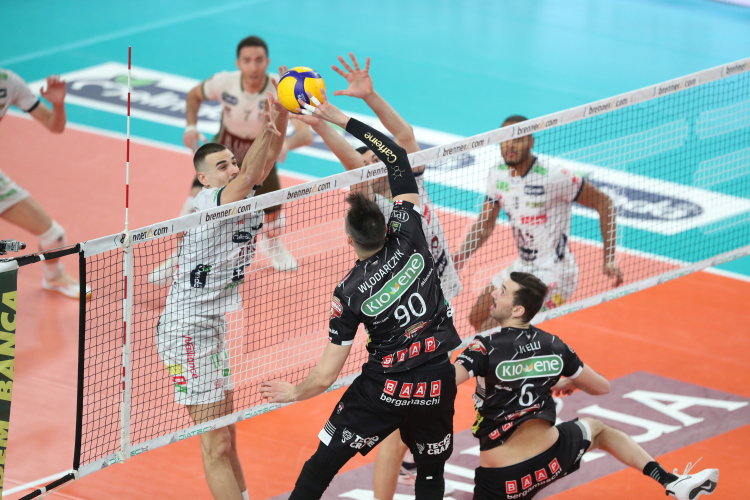 Itas Trentino centres the thirteenth consecutive win between the championship and Champions League thanks to 3-0 imposed this evening on Kioene Padova in the postponed match that should have been played in late November, as the opening appointment of the second round of SuperLega Credem Banca 2020/21. After the five sets on Sunday evening with Monza, this evening at the BLM Group Arena, Angelo Lorenzetti’s formation succeeded in getting the better of the opponents, playing fewer partials and earning three important points to strengthen the third place in the ranking.
Despite the clear result, the match was hard-fought; after a great first set for the hosts between attack, block, and service, the game became more balanced, also thanks to the opponents that started to play well. Itas Trentino, well guided by Giannelli in directing and constantly pushed forward in the score by the ideas of Nimir (other 23 points for the Dutch with 66% at the net, two aces and two blocks), Lisinac (MVP with 82% in the first half), and Lucarelli (13 with 62%), accepted the point-by-point fight without giving up, closing in its favour both second and third partial. Particularly, the compelling ball-on-ball fight at the advantages of the last period showed the mental endurance of the team, which never granted to the opponents a set ball.

Here is the report of the postponed match of the twelfth day of regular season SuperLega Credem Banca 2020/21, played tonight at the BLM Group Arena in Trento.