The President Mosna: "Everyone is concentrated on the final part of the season" 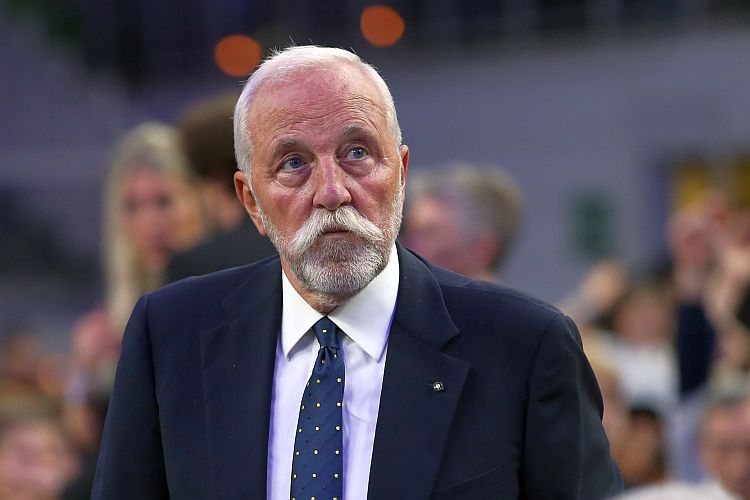 On Monday evening, the President of Trentino Volley Diego Mosna was the guest to “RTTR Volley”, the weekly tv show of RTTR – the gialloblù media partner. Here are some of the most interesting passages of the interview hosted by Sara Ravanelli.

CHAMPIONS LEAGUE. “We’re happy to have won the first round of the quarterfinals in Berlin against an opponent that showed to deserve to be in the eight best teams of Europe. I’m moderately optimist for the move to the next round”.

AUDIENCE. “We couldn’t have the support from our audience for a year, an absence that was felt and will still be felt, because the support of fans is always an important factor in home matches, and also from an economic point of view. We still continue to play games, but it’s obviously not the same thing. Before we can have fans inside the arenas, we must hope to be able to end the season, even without audience. We still have to play many matches, SuperLega has still two months of activity, and the latest news about the pandemic isn’t positive”.

LORENZETTI. “We decided to continue a very important relationship for us, offering stability to the project. The relationship was born well and continued in the best of ways, guaranteeing certainties and tranquillity; all we need in our environment: company, team, and fans. In these five year, Angelo did a great work and there wasn’t any reason to change; it would be a mistake”.

MARKET. “Nowadays, Trentino Volley didn’t make any moves, because it’s concentrated on the final of this season. We obviously monitor the situation, because we see that other big Companies are making many moves. The general situation is surely complicated due to the pandemic, so before making any moves, we must do some evaluations, also from an economic point of view, following the fixed budget, as we have always done. The current rumours are exaggerated; at the moment there isn’t anything real, also because it’s hard to hypothesise on how the entire volleyball system can live the next season. The confirmation of Lorenzetti is an important signal that we wanted to give to the entire environment of Trento: it shows professionalism, practicality, but also tranquillity in our way to work, and it’s what we want to transmit. We want absolute effort on the field and outside. The twenty-one years of history speak for us”.

PLAY OFF SCUDETTO. “In the quarterfinals, we will face a rising company like Piacenza, which demonstrated to have important strength and energies, also from an economic point of view. It has a very strong roster, and it will surely give us a hard time; it will be a burning start for our Play Off. For our part, however, we have a lot of experience; the difference is going to be the great determination of the players in reaping the fruits of the season. Having the entire team will help us in our run; in any case, I see that our team is concentrated and ready for the final sprint”.