Play Off, some notes and curiosities about gialloblù after match 3 of semifinal 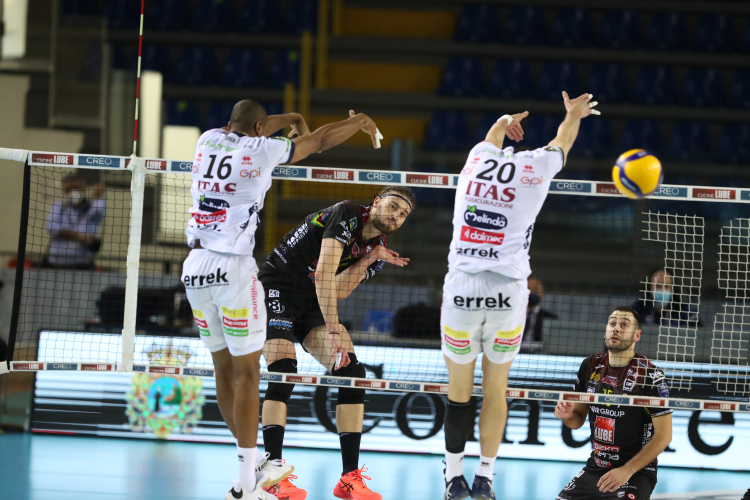 Here’s some notes and curiosities registered after 3rd match of semifinal of Play Off SuperLega Credem Banca 2021, won 3- 1 by Cucine Lube Civitanova at Eurosuole Forum against Itas Trentino on Easter Day.

LISINAC SCORED MORE THAN 800 POINTS. Thanks to 20 points realised on Easter day, Nimir Abdel-Aziz managed to overcome 800 points scored wearing gialloblù skirt; he scored 809 points in 44 matches. He’s the 3rd player of Itas’ story, who managed to score t least 800 points in just a season; the other two were Kaziyski (852 poinst during season 2009/10) and Juantorena (816 during the same season), but they played many more matcches (55 matey, 54 Osmany). In conclusion, no other player of Trentino Volley managed such an high poinst average: 18,3 punti for the Dutch opposite.

FOR THE FIRST TIME, A SAD EASTER DAY. The match on Sunday was the 3rd official match ever played on Easter Day by Trentino Volley. But, for the first time it was defeated; the other two matches Itas collected a victory: It was on 31th March 2013 (3-0 on home field against Vibo) and on 1st April (3-2 against Perugia).

FIRST DEFEAT 1-3 ON AWAY FIELD OF THE SEASON. Until Sunday, Itas hadn’t ever been defeated in 4 sets during season 2020/21 yet. Indeed, before Easter day Itas had never lost 3-1 on away match in 43 official matches played. The only result that has never been registered by the team is 2-3 on home field; and obviously the team will try its best to avoid it also on Wednesday night during match 4. The most achieved result of the season is 3-0 (11 times out of 22 matches at BLM Group Arena and in general 17 times - if considering 6 times on away field).