All the records of Matey Kaziyski with Trentino Volley 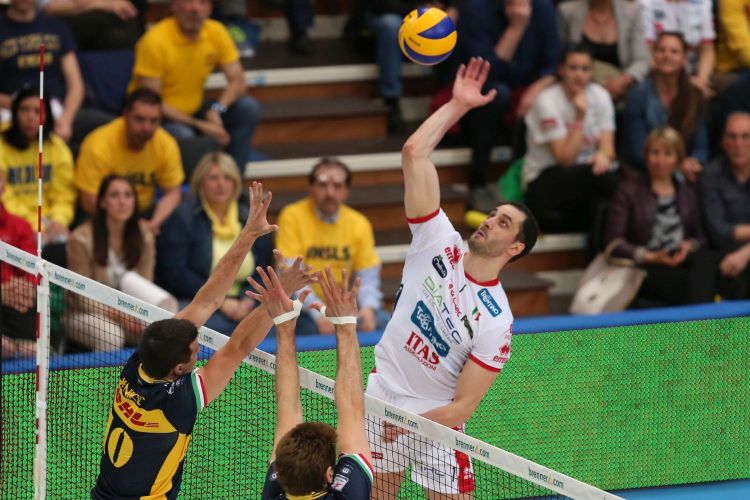 During the period in which he wore the Trentino Volley jersey, Matey Kaziyski wrote many pages of the yellow-blue record book. Here are the main ones:

-    He is the player who has scored the highest number of aces in a single game: 9 in Itas Trentino-Tonno Callipo Vibo Valentia 3-2 on 26 March 2009 (game 1 of the quarterfinals of the Play Off Scudetto). He shares the record with Nimir Abdel-Aziz who has obtained as many in Kioene Padova-Itas Trentino 0-3 on 27 September 2020 (regular season match).