Official the schedule 2021/22 of SuperLega, right away the derby of Adige 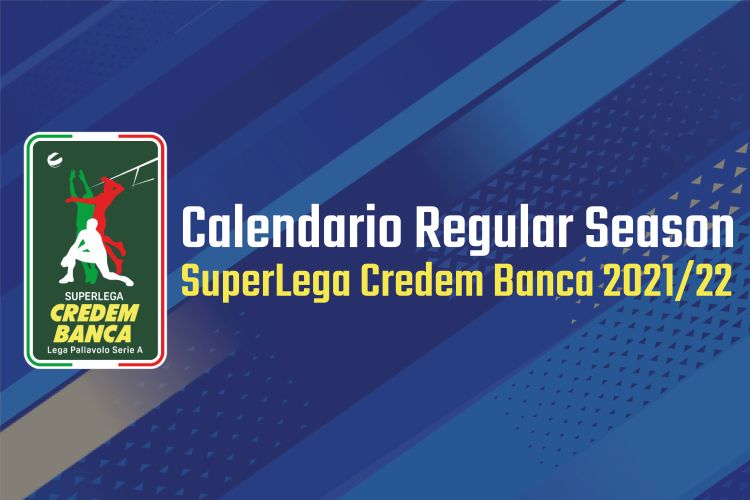 Itas Trentino will start its run the 10 October in the derby of Adige against Verona at the BLM Group Arena; the first away match is scheduled seven days after in Vibo Valentia, in Calabria; for the first big match it will only need to wait for the next round, when Trento is going to host Cucine Lube Civitanova. The other matches are all on odd days: against Perugia on the fifth day (7 November) and against Modena on the seventh (21 November). The day off will abide by the ninth day (28 November and 20 February).
The dates: the regular season will develop in just over five months, between 10 October and 20 March (the date of the last day). The midweek rounds are five: 3 November (fourth round), 24 November (eighth round), 8 December (eleventh round), 29 December (fifteenth round), and 6 January (sixteenth round). The Italian Super Cup 2021, which will use the formula of the Final Four for the sixth time, is going to be disputed between Saturday 23 and Sunday 24 October, the weekend in which the regular season will have the day off; Itas Trentino is going to face Sir Safety Conad Perugia. The edition 2022 of the Italian Cup returns to use the traditional formula, involving only the first eight classified teams of the first round. The quarterfinals, determined by the positions in the ranking after the thirteenth round of regular season, are going to be played in a single match at the home of the best classified team on Sunday 2 January 2022. Three weeks after there is the Final Four, scheduled between Saturday 22 and Sunday 23 January.
The first eight classified teams of the regular season will enter the Play Off Scudetto, which are going to face each other in the quarterfinals (at the best of three matches); semifinals and finals will foresee five matches, with the first two matches to be played at home of the best classified team. They will start on Sunday 27 March with match 1 of the quarterfinals and end on Sunday 15 May (the possible date of match 5).

Here is in detail the run that will await Itas Trentino in regular season, which is at its twenty-second consecutive attendance in the highest category, the eighth called SuperLega. In brackets the date of the first leg and the return match.

The full schedule of all the championship matches (day by day) can be consulted on the site of  Lega Pallavolo Serie A, www.legavolley.it.