2022 CEV Champions League, the identikit of the opponents of Trentino Itas 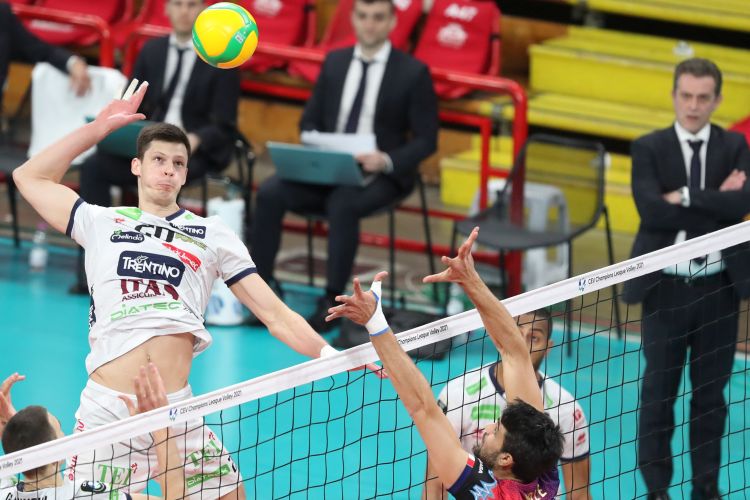 The identikit of the opponents of Trentino Itas

Sir Sicoma Colussi Perugia (Italy)
This is the sixth participation ever at the biggest continental manifestation for the Umbrian club, which has already created important credibility at an international level, entering the final in 2017 (Final Four organized in Rome) and three semifinals (2018, 2019, and 2021). In the team, it can boast Wilfredo Leon, the player who has already won the manifestation four times in recent times, resulting in all the cases MVP (2015, 2016, 2017, and 2018), the setter of the former of turn Giannelli (who has played the Finals 2016 and 2021), and the defending champion coach Nikola Grbic (winner of the last edition with Kedzierzyn-Kozle). In archive, there are two confrontations in the manifestation, referred at 2021: 18 March (3-0 yellow-blue in Trento), and 24 March (2-3 Perugia in Umbria) in the double turn of semifinal.

Fenerbahce HDI Istanbul (Turkey)
Historic team of Istanbul (main monetary, cultural, and industrial centre of Turkey), it’s the most important and well-known sports centre of the country with millions of worldwide fans, and formations that every year test themselves in more varied disciplines. Regarding volleyball, the Club is regularly protagonist only from 1976, after almost fifty years in which volley wears the vertical yellow-black stripes (the characteristic jersey of the club) and only at intermittence (1927-1935, 1941, 1946-1947, 1952-1971).
The sports centre has invested in this sport especially in the latest two decades, guaranteeing the presence in the team of several foreign players who in precedent had been protagonists for many years in the Italian championship. In the last season, it has almost won its sixth Turkish title, losing in four matches the Final Play Off with Ziraat Ankara, while in the last edition of CEV Champions League, its run already stopped in the pools phase (third place in Pool A, behind Kedzierzyn-Kozle and Belchatow).
To look good in its ninth participation at the biggest continental manifestation, it has decided considerably to renovate its team, entrusted in the hands of Daniel Castellani (former Perugia). From Spor Toto (winner of the last Turkey Cup), arrived the setter Yatgin, who will act diagonally to the opposite-spiker Toy (one of the few confirmed together with the Cuban spiker Hidalgo Oliva and the libero Yesilbudak). There is also the French Louati (former Padua and Monza), while at the centre there is room for the Iranian middle blocker Mousavi, former Piacenza.
With Trentino Volley, it has four precedents, between the double game of semifinal of 2017 CEV Cup (a win each between 28 March and 1 April), and in the pools phase of Champions League 2020 (two yellow-blue wins, at home the 12 December 2019 and in Istanbul the 30 January 2020).

As Cannes Dragons (France)
Defending Champion of France, the team returns to participate in CEV Champions League after ten seasons of absence, thanks to the win of its eleventh transalpine title ever, obtained winning three matches (2-1) against Chaumont di Prandi and Lanza.
Despite the recent past can say the contrary, the historic company founded in 1942 has often its say in European field, as demonstrated the third place in CEV Champions League 1982/83 (behind Parma and CSKA Moscow), the win of CEV Cup 1980 (surpassed Loreto in Final), and the CEV Cup Winners' Cup 1999, always winning against an Italian team (Cuneo). In national field, it has five French cups, which is why it’s considered, together with Paris Volley and Tours, the most renowned and titled national team.
The new coach Horacio Dileo (who has taken the place of Luc Marquet) has available one of the most international team of the entire European volleyball scene, which can count on the German place 4 line (Fromm-Sossenheimer) the Brazilian setter Gelinski, the middle blockers Georgiev (Bulgarian) and Koncilja (Slovenian), and the opposite spiker Gabriele Nelli (former of turn, he played the precedent season in Russia with the jersey of Belgorod). The Tuscan opposite spiker has grown in the Youth Sector of Trentino Volley, with which scored 136 attendances and 722 points, winning a championship, a World Cup per Club, and a CEV Cup.