Michieletto to “RTTR Volley”: "If you wear Trento jersey, you always play to win” 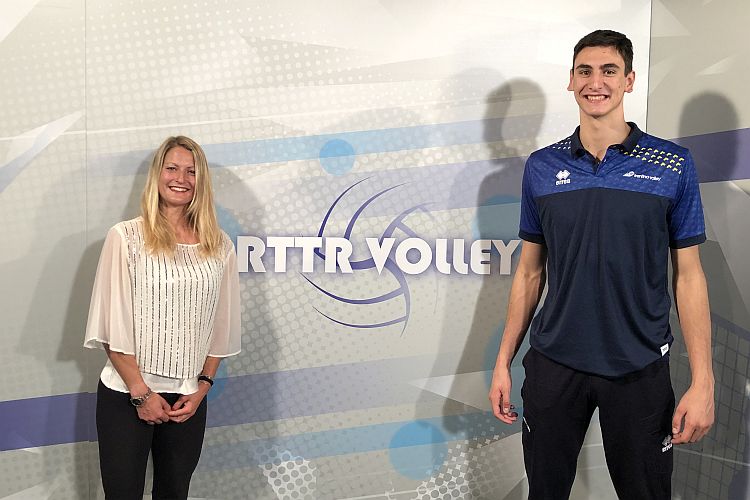 Tonight, the spiker of Itas Trentino Alessandro Michieletto was the guest of the weekly episode of “RTTR Volley”, the tv show broadcasted by RTTR – yellow-blue media partner. Here are some of the most interesting parts of the interview conducted by the host Sara Ravanelli.

VIBO VALENTIA. “We knew that in Calabria we would have faced one of the most difficult away games of the whole championship. We weren’t perfect as we might have been on Tuesday with Verona, but we were able to struggle and start from scratch after having lost to the advantages in the third set. It’s great to win the entire stakes and take it home, especially on a difficult field like the one of Tonno Callipo Calabria; moreover, we have accomplished the success with a formation deployed tactically in an unprecedented way, so it gives even more flavour.”

TEAM. “Our play method is variable, meaning that in these days we are trying several solutions, but we are doing it with a positive spirit because we know that this can be an additional resource to us, not a limit. We can surprise our opponent in every set and maybe create more confusion in their tactical reading.”

KAZIYSKI. “Matey is a star, I certainly don't find out, but living everyday in the gym I can really say that you appreciate how professional and humble it is. He is an example for us, not so much for the talent because you can build that, but for his attitude. There are many things to learn from a player like him.”

MVP. “In Vibo Valentia I won for the first time the title as MVP in a match of SuperLega; this obviously makes me very happy, but I think that when a team wins, all the players that compose it have been the best. We have won as a group, not as an individual.”

PREDICTIONS. “Surely, we of Trento aren’t the favourites for the capture of the prizes in this season and in a certain sense I’m happy because starting without having the prediction on your side allows you to play without pressure, as happened to Italy in the recent European Championship. Maybe it goes further than one might expect on the eve…”

SUPER CUP. “We have a whole week of trainings to prepare at best this appointment. The Final Four in Civitanova doesn’t assign the most important prize of this season, but we want to live it at our best and play our cards to the end, which in any case aren’t few. I believe that in the moment in which you wear Trentino Volley jersey, your only goal is always to win, beyond the opponent you find on the other side of the net. We know very well how strong Perugia is and how difficult it is to stop it. For this reason, I say that in the weekend in Marche I want to play two Finals: the first for us is already the one on Saturday.”

GIANNELLI. “I see myself a lot in the path that Simone made before me in Trento, and I have to thank him because in the last two years he has been generous with advice with me. He helped me a lot. On Saturday, seeing him play with Perugia instead of Trento is going to be very strange, it has a certain effect, but I believe that, after the initial disorientation, everyone will think to play well on the field. It’s going to be a very good match, to be played fairly.”

TRENTINO. “This is my seventh year in Trento; I arrived as a child and I want to become a man in this city, remaining here as long as possible. At this point, I’m an acquired Trentino, I would like to win something soon for this Company and for this environment.”