Lorenzetti: "We are very happy and satisfied to have gained again the qualification" 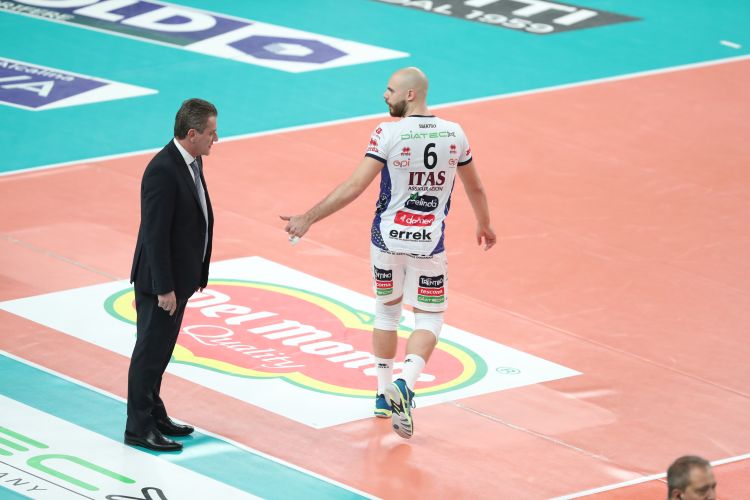 "Today's result completes what we were able to do, in a deserved and sometimes lucky way, during the first half of the season. We are obviously very happy and satisfied to have gained again the qualification to the Final Four of the Italian Cup, also because it is a result that in this season was not taken for granted - said coach Angelo Lorenzetti at the end of the match - . Overall, we played a good game tonight, we were determined and concentrated, and took advantage of our opponents' line-up problems, even though they had already been able to put us in trouble for a long time in the recent past with Davyskiba as opposite player. Today in some occasions we struggled in the counterattack phase; in spite of everything, I'm very happy with what we did".
Itas Trentino will be back on court at the BLM Group Arena in four days' time for another official match; on Thursday 20th January at 8.30 pm there is the replay of the 15th round of the SuperLega Credem Banca 2021/22 regular season, to be played against Tonno Callipo Calabria Vibo Valentia.