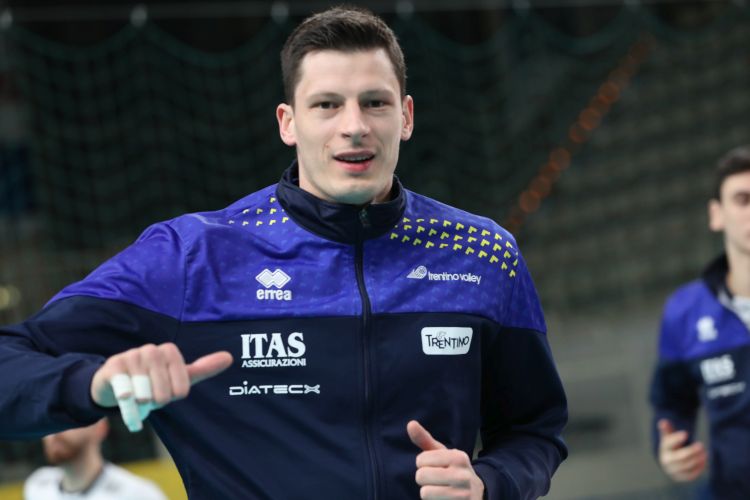 A completely snow-covered Istanbul welcomed Trentino Volleyball in Turkey. The team arrived without Srecko Lisinac, who tested positive for Covid-19 on Sunday. The Serbian player is asymptomatic and is in isolation at his home in Trento. In the Fenerbahce home match of Wednesday afternoon, valid for the fourth day of Pool E of the 2022 CEV Champions League, Trentino Itas will have to do without one of its key players, who will be replaced by the Belgian Wout D'Heer in the starting line-up. The last previous match in this national team for the club from via Trener was exactly two years ago, on 30th January 2020, for a match similar to the one that will be played in two days at 5 pm Italian time (live on Radio Dolomiti and discovery+). The populous metropolis that unites Asia and Europe wakes sweet memories for the Trentino club, which on 26th March 2019 won its first CEV Cup in Istanbul, thanks to a 3-2 success in the return final against Galatasaray. Although no trophy will be awarded, Wednesday's match will play a fundamental role in the European journey of Lorenzetti's team, which must win in order to keep on hoping for the qualification for the quarter-finals of Europe's top competition, to which the top five and the best second in the five groups will be admitted. In order to prepare at best for this appointment, the team chose to travel two days before the match, covering the route between Trento and Istanbul by bus to Bergamo airport and then with a scheduled flight, which brought the team directly to its destination by dinner time after an eight-hour journey. On Tuesday afternoon, Trentino Itas will have its first contact with Burhan Felek Voleybol Salonu, where it has already played three times in the recent past (the last time in January 2020).