CEV Champions League Final on May 22 in Lubiana, all info already available 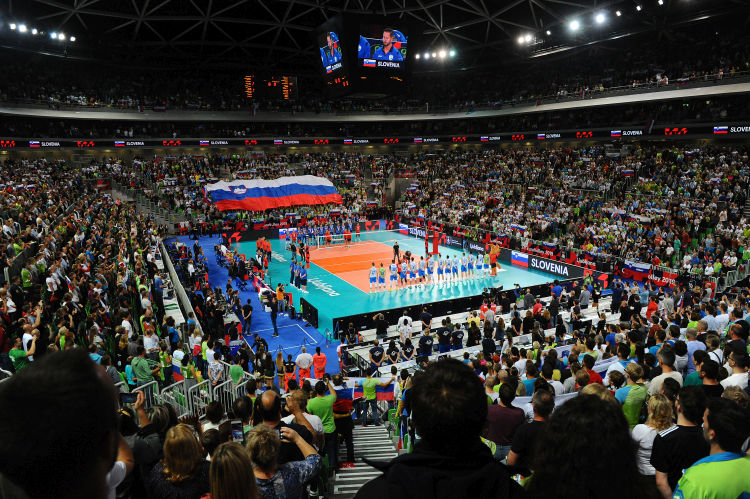 Countdown officially started for the 2022 CEV Champions League Final. In two weeks, Sunday, May 22nd, at the Arena Stozice in Lubiana (Slovenia), the matches that will assign the seasonal title of Men's and Women's European Champions will be played. Trentino Itas will be present at the appointment that decides the maximum continental competition for clubs for the sixth time in eleven participations and will play the second match of the day against the Polish team Groupa Azoty Kedzierzyn-Kozle.
These are the information already available about the event.

The Sports Palace, suitable for any kind of sport, music and cultural event, has a history of just under 12 years. It was inaugurated on August 10, 2010 with a basketball match between the national teams of Slovenia and Spain. The first non-sporting event was held on October 7, 2010, when the tenor Jose Carreras sold out.
The Stozice Arena has 12,480 seats on three levels (green level, VIP level and red level). It covers 14,164 square meters and has also hosted equestrian and motorcycle events as well as matches of the Slovenian national volleyball team, which played the semifinals of the 2019 European Championship here. Trentino Volleyball has never set foot there before.

TV
RAI - The state TV will follow both matches live on the channel RAI Sport + (on the digital terrestrial platform at No. 58 in HD). The images will also be broadcast on the internet in streaming video and audio at www.raisport.rai.it and on the application "RAI Play", visible on any type of device. The commentary of the men's match will be entrusted to Maurizio Colantoni and Andrea Lucchetta, while Fabio Vullo will speak during the pre-match.

DISCOVERY+ - The match will be visible on the Discovery+ platform, which can be viewed on any type of device, including smart TVs, by purchasing the "Entertainment + Sport" package (annual subscription at a price of €69.90). For further information www.discoveryplus.it/myaccount/products.

ABROAD - Hundreds of countries will be connected live through national TVs with the Arena Stozice to follow the event. There will also be live video streaming all over the world (Italy excluded) on the "EuroVolleyTv" web space, at the internet address www.eurovolley.tv; the service is on payment. For info on the packages offered www.eurovolley.tv/en-int/page/pricing-and-faq.

RADIO DOLOMITI - The match that Trentino Itas will play in Lubiana will be followed live with continuous updates by Radio Dolomiti, network partner of Trentino Volley. On the home page of the website www.radiodolomiti.com, you can find all the frequencies to listen to the regional radio station and it will also be possible to follow the radio commentary in streaming.

www.cev.eu - The portal of the European confederation will have a special section with in-depth analysis and news. Real-time updates of the match will also be available and, immediately after the conclusion, the scores and statistics. And more, news about the protagonists and photos of the match. Active the Facebook page that will give prominence to the event, along with the YouTube channel and Instagram and Twitter.

www.trentinovolley.it - The website of the company in via Trener will follow the event in real time, with a complete report of news, photos, videos, statistics and curiosities related to Trentino Itas, even in the days before the match. Videos, notes and news will also be posted on the official YouTube channel, on the Facebook page, on the Twitter profile and on the Instagram one to keep the social network fans always updated.