Champions League, statistical notes and curiosities in view of the Final in Ljubljana 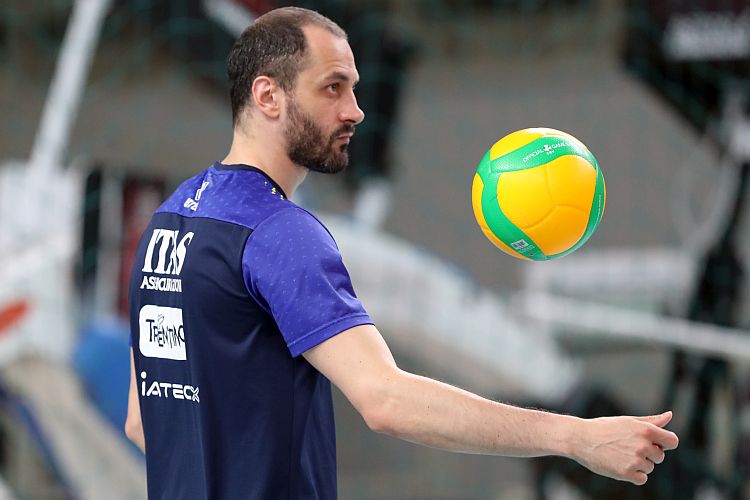 MULTICASTING. The match will be aired live multicasting on Eurspot, Dazn, Discovery+ and exceptionally even on RAI 2. that will air for the third time in this season a match of Trentino Volley, the only Society that is always the main character when the second channel of the state television decided to air volleyball during the 2021/s2 season. In the past, it was aired on October  24th 2021 (Final of Supercoppa in Civitanova Marche) and on March 6th 2022 (Final of Coppa Italia.

SECOND MATCH OF ALL-TIME IN LJUBLJANA. Trentino Volley will set foot for the second time in its long history in Ljubljana. In the Slovenian capital, the team played only once: on January 2009, match of the sixth turn of Pool E of 2009 CEV Indesit Champions League won for 3-1 against the host team ACH Bled and played at Dvorana Tivoli Hall, the facility where the team will train on Friday afternoon. In Trentino’s roster there were Matey Kaziyski, that was the best scorer in the match with 19 personal points, of which two at service and two at net, and 48% at net. The Club of Trener street has never set foot in Arena Stozice before this weekend.

FIFTH FINAL OF CHAMPIONS LEAGUE FOR KAZIYSKI. Sunday’s match will be the fifth personal Champions League final for the captain of Trentino Volley, Matey Kaziyski, who played three of them with the yellow-blue T-shirt (Prague 2009, Lodz 2010 and Bolzano 2011 – all won), playing then one in 2014 with Ankara (lost against Belgorod). The Kaiser has already played 26 finals with the Trentino Volley’s T-shirt, winning 16 of them. In this occasion he will play the 384th match with the yellow-blue T-shirt, the 255th as captain, trying to improve its personal score 5,642 points. None of the player of Trentino Volley can brag his numbers in this three elements. Matey is also the player that played the most matches of Champions League with Trento: 62 out of 114.

FOURTH FINAL FOR LORENZETTI. The trainer of the Marches is about to live the fourth final of Champions League in its career, searching again for the only trophy that he hasn’t won yet. In the past, he was in the match that would assign the trophy to Modena’s bench in the 2004 edition, to Piacenza in the 2008 edition and to Trento in the past season. In Ljubljana he will supervise for the 284th time a match as first trainer of Trentino Volley (evaluation of 196 victories and 87 defeats) and will supervise the tenth final in its career (three victories).

POLAND. With 9 official matches, Kedzierzyn-Kozle is, together with Dinamo Mosca, the foreign team that Trentino Volley faced the most in its long history: 5-4 is the evaluation. More in general, Poland is the nation that the Club of Trener street faced more often thanks to the matches with other three local teams: Belchatow, Czestochowa and Rzeszow. In total, with the Polish team there are twenty previous matches: 15 victories and 5 defeats. In Four of them against a Polish team were final for the title: with Belchatow (World Club Championship 2009 and 2010), with Jastrzebski ( World Club Championship 2011) and Kedzierzyn-Kozle (Champions League 2021).

BEGINNERS. In Ljubljana, seven players (out of thirteen) will live their first final of Champions League: Albergati, Cavuto, D’Heer, Lavia, Pinali, Sbertoli and Zenger. All the other have at least played in one, including the five players that came back from the one of last season: De Angelis, Lisinac, Michieletto, Podrascanin.