Season 2021/22 in archive, notes and statistical curiosities of the team 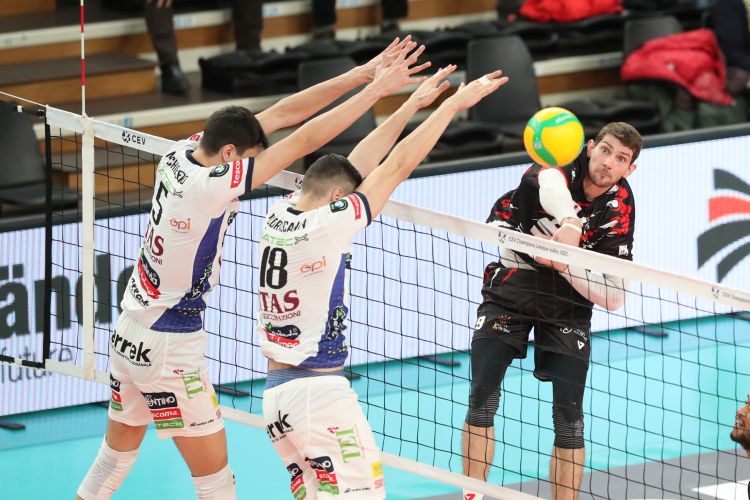 Some note and statistical curiosities referred to Trentino Volley at the end of its twenty-second season of activity.

IN THREE SETS. 3-0 is the result that curiously distinguished both the first and the last official match of the 2021/22 season of the yellow-blue team, which had begun by winning with the maximum difference on 12 October 2021 at home against Verona and ended losing in three sets the Champions League Final against Kedzierzyn-Kozle.

AVERAGE. A game lasting 95 minutes, with 86.4 points scored (of which 9.5 blocks and 5.1 aces) and 78.6 points conceded. These are the Trentino Volley average data calculated on fifty-two official matches played during the competitive year just ended.

NEVER KO FOR 1-3 IN AN AWAY GAME. In the wide range of the various results achieved over the course of the season, Itas Trentino found themselves having to deal with any type of result, except for one: a 1-3 defeat on an opponent's court. The only knockouts in four sets in fact arrived at the BLM Group Arena on April 24 2022 against Civitanova (match 4 of the Play-Off Scudetto semifinal) and in Bologna (on a neutral field) against Perugia on March 6, 2022 on the occasion of the Final of Coppa Italia. The most frequent was the 3-0 home victory (12 times), which contributed in an important way to making the absolute victory for three sets the one that occurred in May number of times (20 out of 33 overall obtained, taking also into account the eight external victories).

RECORD. Four records inserted in the yellow-blue statistical record book during the 2021/22 season. The most significant ones directly involve Matey Kaziyski, who improved the leadership he already held in the rankings referring to the official appearances of a single player (now 384), the times he wore the captain's armband (255) and the number of points scored ( 5,658). Furthermore, on January 13th 2022, the record for the shortest duration of an official yellow-blue match was also signed: 58 minutes for the 3-0 home match against Cannes.

ALL KO EXCEPT KEDZIERZYN-KOZLE, SADA AND MODENA. During the 2021/22 season, Trentino Volley achieved success at least once against 15 of the 18 opponents it challenged: Kedzierzyn-Kozle, Sada Cruzeiro and Modena are the only teams that have always won when they faced the yellow-blue  team (the first two with a single confrontation, the third with two games). Piacenza was the team that had to suffer the most defeats (4 out of 5 matches played), followed by Civitanova and Perugia (3 out of 8).