Market, another young libero: from Serie A2, here is Domenico Pace 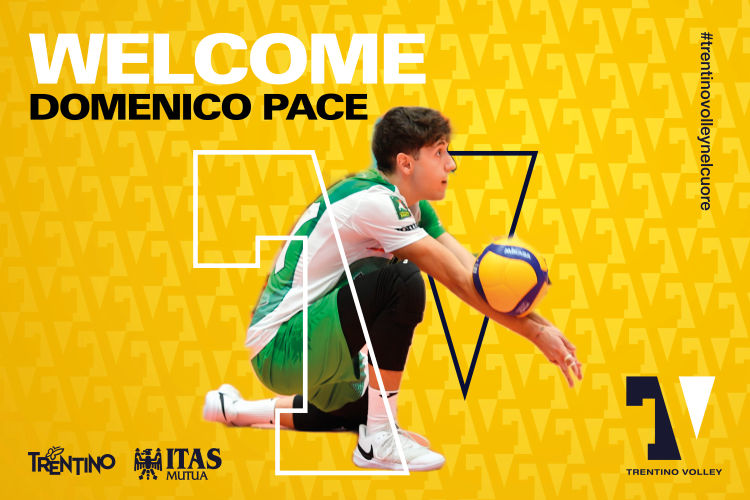 The 2022/23 roster of Itas Trentino of SuperLega will be able to rely on a particularly young pair of libero players, both of whom grew up in the renowned volleyball school that answers to the name of Castellana Grotte. It will be in fact the Apulian Domenico Pace (twenty-two years old in August) the alternative to Gabriele Laurenzano in the role of second line specialist; Trentino Volley chose him, making him sign a two-year contract, after having followed him carefully not only in his last excellent season in Serie A2 in Santa Croce but also in the previous ones, played just with Castellana Grotte between A1 and A2 and then with Tuscania in Serie A3.
He is a technical athlete and particularly well set in the reception fundamental, as the statistics of his last cadet tournament well tell; in the last championship he was the third receiver by weighted average in the regular season, the second if we also take into account the performances put on display during the Play Offs, with 32% of perfect balls. He returns to the SuperLega four years after his previous experience; in fact, between 2017 and 2019 he had stepped on the field of the most beautiful tournament in the world always with the jersey of Castellana Grotte, picking up 26 attendance tokens.
"Welcoming Domenico I would like to reserve at the same time a greeting full of affection and gratitude to Carlo De Angelis; I send him a big good luck for his new adventure in Prata di Pordenone," said Trentino Volleyball coach Angelo Lorenzetti. - Pace is a young but already experienced as libero, which led him to play, in our opinion, a really excellent last season in Serie A2. We are confident that he will be able to prove his value also in SuperLega and that he will be able to take advantage of the opportunity to start the activity from the first day of preparation, anticipating the acquaintance with some teammates and the entire staff. With his arrival we complete the roster as far as the libero department is concerned: in this area we will have talented players, whose young age will be a stimulus for us and for themselves to work hard and with curiosity in search of the best results for Trentino Volley."
Domenico Pace will wear the number 8 jersey of Trentino Volleyball, which was previously used by young libero players such as Thei, Chiappa and De Angelis.