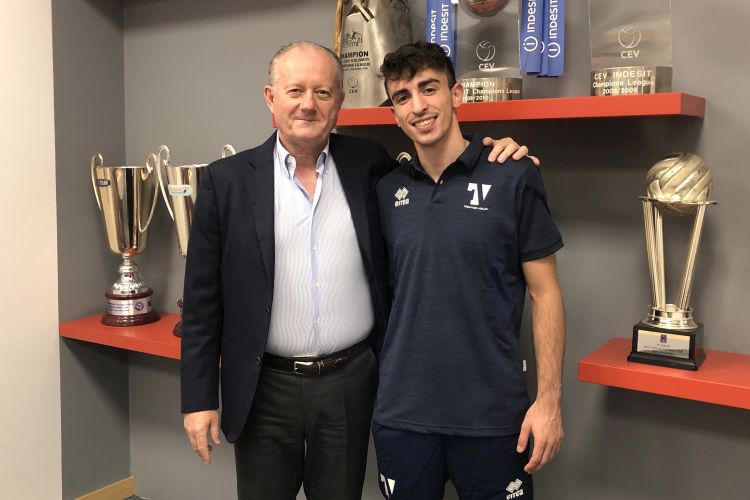 Itas Trentino has been training at the BLM Group Arena from this morning, for the first time after fifty days of preparation, the full team in view of the debut in SuperLega Credem Banca 2022/23. In preparation for the first match of the regular season (on Sunday,  October 2nd at 6 p.m. the team will play at home against Siena team), Angelo Lorenzetti welcomed to the team the only player who was missing, in order to have at his disposal the new roster consisting of fourteen members.
The libero, and new Under 20 European Champion, Gabriele Laurenzano has officially started his experience in yellow-blue jersey with the today’s two sessions (weight lifting this morning, with the ball this afternoon) proposed in the weekly program during the day where the training restarts. The staff will have two sessions played also on Wednesday and on Friday, while on Thursday and on Saturday the team will just work in the afternoon.