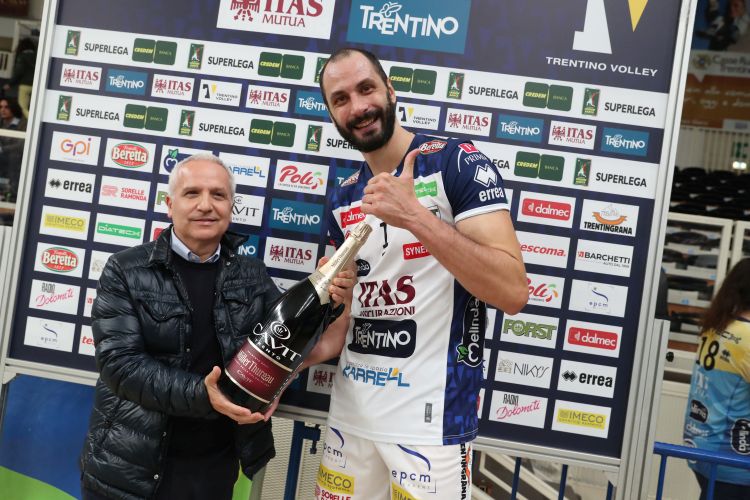 Saturday 26 November 2022, in the moments preceding the match between Itas Trentino and Allianz Milano, valid for the 9th day of SuperLega Credem Banca and live on Rai Play, Itas Trentino captain Matey Kaziyski will be awarded as Credem Banca MVP of October . The excellent performances of the Bulgarian spiker, this year almost usually deployed in the opposite role, earned him two man of the match titles in the first month of the championship. The first recognition of MVP dates back to the match of 26 October against Top Volley Cisterna, with a home victory for the Gialloblù in the tie break, with 30 points and almost 60% in attack, while the second was a few days later in the away match in Modena, where the Bulgarian hammer scored 23 seals with the same effectiveness in attack (58%) and two aces.