Lorenzetti: "We played a bad match" 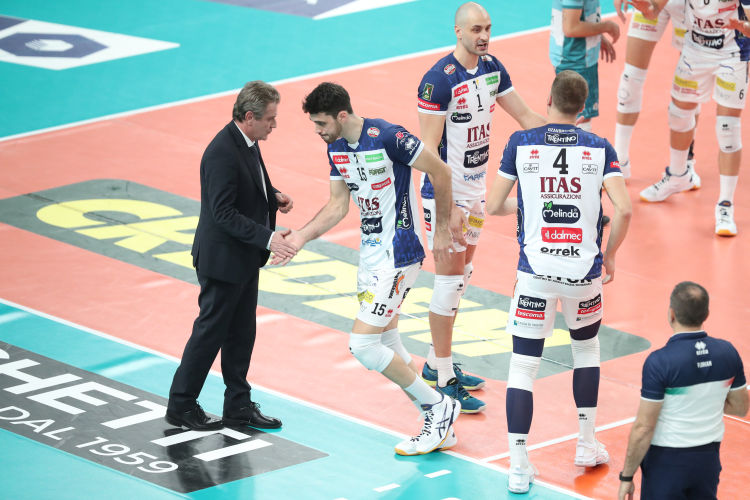 "Right from the start of the match we were missing something and even after the second set the situation did not improve," explained Itas Trentino coach Angelo Lorenzetti after the match “We played a bad match and with this defeat we ruined what we had done so far in the regular season: all this represents a great regret. We need a more assured and decisive attitude; this is a different championship from the past and we need to understand it quickly otherwise we could risk losing more heavy points, like we did today."
On Tuesday, November, 29th (8:30 p.m.), the yellow-blue team will be back on court at the BLM Group Arena to face the Grupa Azoty Kedzierzyn-Kozle, twice reigning European Champions, in a remake of the last two CEV Champions League finals; the match is valid for the third round of Pool D. In SuperLega, the next game is scheduled in a week's time (Saturday, December 3rd, 6 p.m.), still a home game against Padova.